More than forty years ago Mihaly Csikszentmihalyi posed a simple question: “How does it feel to master something?” To figure this out, he interviewed hundreds of people who had demonstrated excellence in their chosen field. They included rock climbers, painters, chess players, basketball players, athletes and surgeons.

The short answer to his question was: joy. “A strong relaxation and calmness comes over me. I have no worries of failure. What a powerful and warm feeling it is! I want to expand, to hug the world. I feel enormous power to effect something of grace and beauty.” - professional dancer describing a sense of control experienced while dancing.

“Where I've been happiest with my performance, and I've felt sort of one with the water, and my stroke, and everything.... I was really tuned into what I was doing. I knew exactly how I was going to swim the race, and I just knew I had it all under control, and I got in and ah, I was really aware of what the whole, of what everyone in the race was doing ... and I was just totally absorbed in my stroke, and I knew I was passing them all but I didn't care. I mean it's not that I didn't care I was going, "Oh, this is cool!"And just swam and won, and I was totally in control of the situation. It was really cool.” - elite swimmer recounting the experience of winning a competition.

When performing at the top of their game, most, if not all, experienced a great joy. But it was obvious that there was much more to it. When recalling these moments, there were common themes of achievement and growth, a description of what seemed to be an extreme but effortless motivation, a sense of total control over the situation, and what were clearly altered states of perception and consciousness.

From these interviews, Csikszentmihalyi developed the theory of flow. Today, flow states are one of the most well-researched psychological phenomena, and their impacts have been studied in diverse fields well beyond the academia, such as education, relationships, creativity, health, well-being, politics, design, sports and many others.

The experiences of flow

During the years, Csikszentmihalyi refined what flow experiences were, integrating the data from his interviews and investigations from other scientists, while using a variety of methods and populations. According to the most recent consensus, flow states contain six elements:

As the research expanded, it became clear that not only top athletes or performers could experience flow. In fact, everyone could enter this state while doing just about any activity, be it taking the first steps in driving, ironing clothes, gardening, reading or playing games.

Moreover, flow was not confined to an individual. Two or more people could enter a shared state of flow during a team sport, a stimulating inebriating conversation, or even in a creative job, as it happens in the well-studied “hot groups”. In these cases, people felt in synchrony with their partners, almost “feeling” what others were thinking and doing, while everyone was intensely focused on the common task.

“We didn't even obey a 24-hour clock. We'd come in and program for a couple days straight, we'd—you know four or five of us—when it was time to eat, we'd get in our cars and kind of race over to the restaurant and sit and talk about what we were doing. Sometimes I'd get (so) excited about things, I'd forget to eat. Then we'd go back and program some more. ... Those were also the fun days.” - Bill Gates, describing his programming group.

“We are not in complete harmony at the start. But if the run begins going well, all of us, all of us feel for others. How can I say this?. . .When our minds become one, I understand something. . . . All of a sudden I realize, "Oh, we're one." . . . When we realize that, we become one flesh.... It's really super.” - Member of a Japanese motorcycle gang.

What is going on in the brain

In 2014, a team of German neuroscientists took the initiative to peek inside our brains while we experience flow. They designed a simple mathematical game that was continuously adjusted to challenge each player by just the right amount. They then contrasted this with an easy condition (boring) or one that was too difficult (overload) and measured the differences in brain activation using Magnetic Resonance Imaging.

The authors pinpointed 4 areas of the brain that were systematically involved in the condition of flow. The medial prefrontal cortex (MPFC) and the amygdala were substantially inhibited during flow, while the putamen and anterior inferior frontal gyrus (IFG) were excited. Moreover, the more participants reported having felt flow, the bigger those changes were. The MPFC has been previously associated with self-referential thoughts and attribution of negative feelings towards oneself (this is even more apparent in conditions of depression). Other studies have shown that deep meditation also decreases activity in this region. The fact that this area was inhibited during the flow condition was understood as being involved in the loss of self-awareness that people experience during flow.

The other structure with reduced activity, the amygdala, is strongly involved in the attribution of negative emotions to experience. The reduction in activity may explain the common pleasure associated with flow experiences.

Next, the putamen, whose activity was increased, is a structure that has a role in predicting the outcomes of effortful actions. This means that this region is involved in deciding if an effort will lead to a worthwhile positive outcome, and so it is thought to be involved in motivation. Again, this makes sense in the light of flow theory, which predicts an intrinsic motivation for those tasks that are just a step above the average level of skill of the person.

Finally, there was the increase in the activity of the IFG. This structure has a less clear relationship with the experience of flow. The authors make a tentative proposal that it may play an indirect role in the feeling of deep control elicited by flow.

What purpose does flow serve?

According to Csikszentmihalyi, it is all to do with attention. The world around and inside us contains too much information for us to take in at once. Because of this, we need a way to focus on some of the information and ignore the rest.

Flow is only one of the many ways in which we can focus our attention on the external world. Particularly, a flow state is one in which we devote full attention to an external task. One that requires our best possible effort but that does not exceed it by much. When this balance is disrupted, flow stops.

If a task proves too difficult, we feel anxiety and retreat from it. If, on the other hand, it proves too easy, we get bored and our attention starts to wander, looking for something else to focus on. Flow requires staying in the sweet spot, where we call on our skills to accomplish something challenging, but not over-exerting that it becomes stressful. But the most interesting aspect of flow is its long-term effect. Let’s imagine what happens to a person learning to play the piano. At first, just remembering where each key is and trying to play them in order will require his full attention. When he starts to master this beginner’s task, he will be able to experience flow. And the key thing about flow - as we have learned - is joy.

When flow appears, a person starts to enjoy himself. The musical exercises and pieces start “to flow” smoothly, and it feels intrinsically rewarding. But after some time the task is overlearned and no longer requires full attention. When this happens, one starts to feel bored; attention wanders. Flow ceases, and so does its pleasurable feeling.

What does the pianist do at this point? He can try something a bit harder. Maybe play a more complex piece that will once again require his full attention. This way, the flow state will be reinstated. Pleasure returns. The cycle is then repeated over and over again, and one day (maybe after the mythical 10.000 hours) that person finds himself playing at the Sydney opera house. Or he may at some point look for a new hobby and start from the beginning. Either way, the search for the pleasurable feeling of flow is likely to lead to a constant learning of new abilities. And this may be why we evolved it in the first place. It certainly plays a big role in what makes us human.

As the theory predicted, flow was found to have several positive long-term effects. In the education setting, flow has been associated with higher levels of commitment and achievement during high school. People who experience more flow and less anxiety in school-related activities are more likely to still be engaged in them four years later. Flow in the first part of a mathematics course predicts performance in the second half, regardless of initial skills or grades.

As expected, tendency to feel flow is also associated with higher self-esteem. Furthermore, it might work as a protective factor. For example, a 2000 study detected a correlation between flow in school activities and a reduced proneness to delinquency two years later.

Some studies have also found preliminary evidence that engaging in challenging activities and learning to master them (which is intimately related to the experience of flow as we have seen) can protect against physical pain in the long-term.

When putting it all together, it becomes apparent that flow might be one of the most holistic adaptive states, in terms of self-growth, life-satisfaction and global health. As Csikszentmihalyi so succinctly wrote: “Control of consciousness determines the quality of life.”

Ricardo Oliveira is a neuroscientist passionate about research and science divulgation, based in Portugal.

Jackson, S. A. (1996). Toward a conceptual understanding of the flow experience in elite athletes. Research quarterly for exercise and sport, 67(1), 76-90. 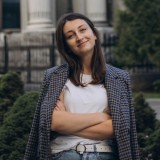